In today’s article I am introducing to you my experience at Korea house, that is located in Myeongdong. It really is worth visiting for both the food desserts and pretty scenery.

for a few months, korea house is having a special event for limited number of people (around 100) and every weekend accepts around 12 people to try some Joseon royal desserts (when it is Joseon I get there first)

When we first arrived at the place, we were waiting for the staff to get us in a place where you could either sit down or look around the souvenirs.

After few minutes, the staff came to take us to the building that we would have our traditional desserts. In total we were 8 people in the building and each couple was in their own room. The staff was serving by priority upon entering the building and explained nicely what were the things we were having.

as soon as we got our preorder (you have to place your order upon reservation) the lady started explaining to us.

There was chrysanthemum flower tea, which I didn’t expect to be that nice of a flavor but it turns out that I liked it quite a lot.

on the plate you can see there was, sugar coated wild berries, one big rice cake(tteok) with black sesame and as for the little cookies there, the darker one is made from soy bean powder mixed with honey and yellow one is made of pine tree powder mixed with honey (this yellow powder comes from the pine cones I think when It is still little) I was skeptical, especially about the yellow one, but seriously, I just wish I had more. The taste was so sophisticated. As for the texture, I was expecting to be hard but it was very satisfying.

There were 2 bowls, in the first one there was a red firm jelly made out of Korean cherries, and a small tangerine (it is very small in general that people used to eat it with the peel) which reminded me a lot of Greek spoon dessert, so I enjoyed very much!

second bowl had cold refreshing yuja tea with small cute rice cakes. As the lady said, in summer king wanted something refreshing but also something to give energy, so they added tteok.

also, there was a skewer with Korean pear, which was sugar coated and looked red, because it was soaked in omicha (tea from a kind of red berries) Before eating, I was thinking it will be like a candy, but it was actually soft and very pleasant as you could taste the pear and also the omicha flavor.

next dessert (which eventually we didn’t pay because there was some construction to one of the buildings and they decided to give us for free) is bingsu, Korean traditional dessert with sweet beans ice and pine cone powder, only that the ice was 100% melon! It was incredible flavor and I would really love to have it again!

and before leaving we had a look around. 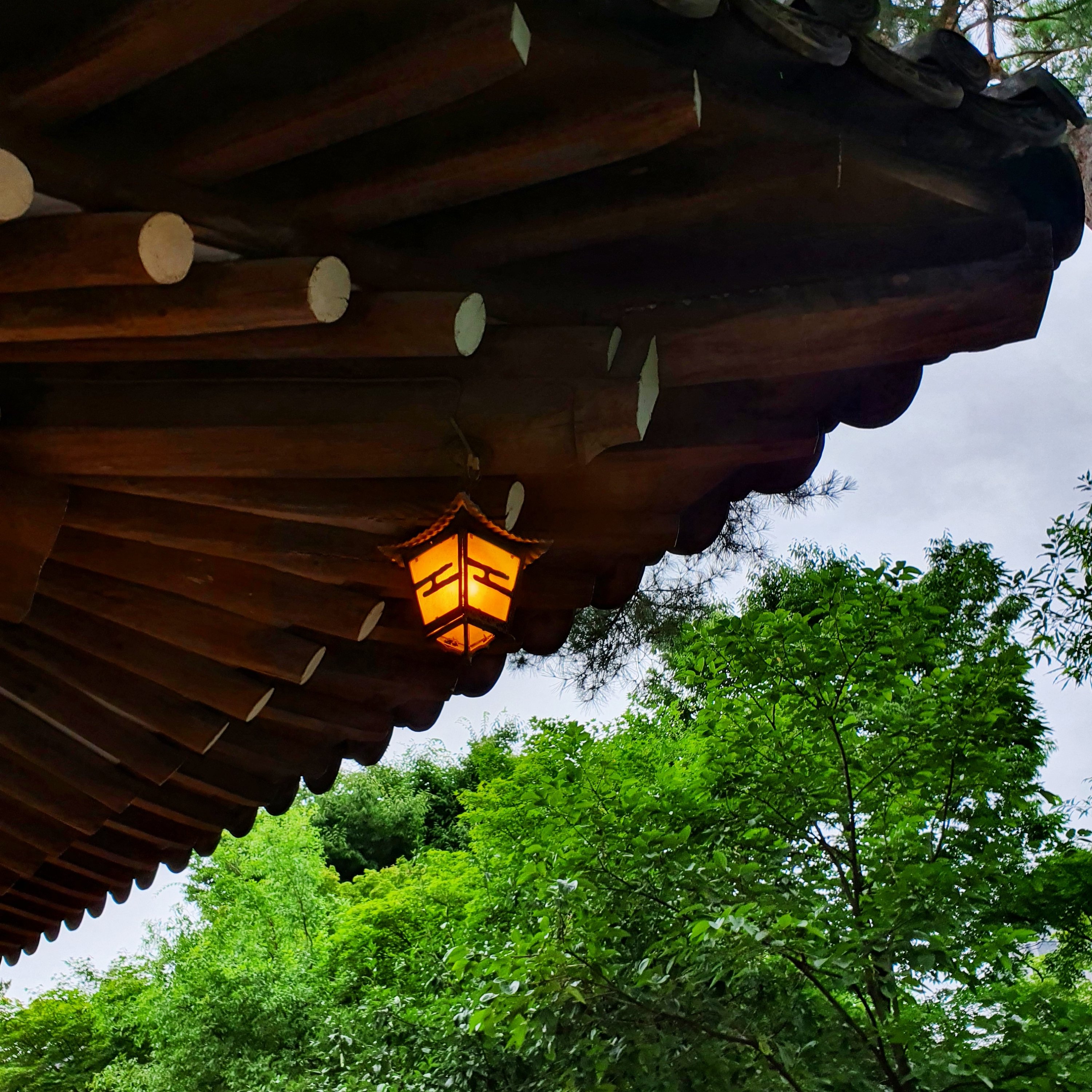 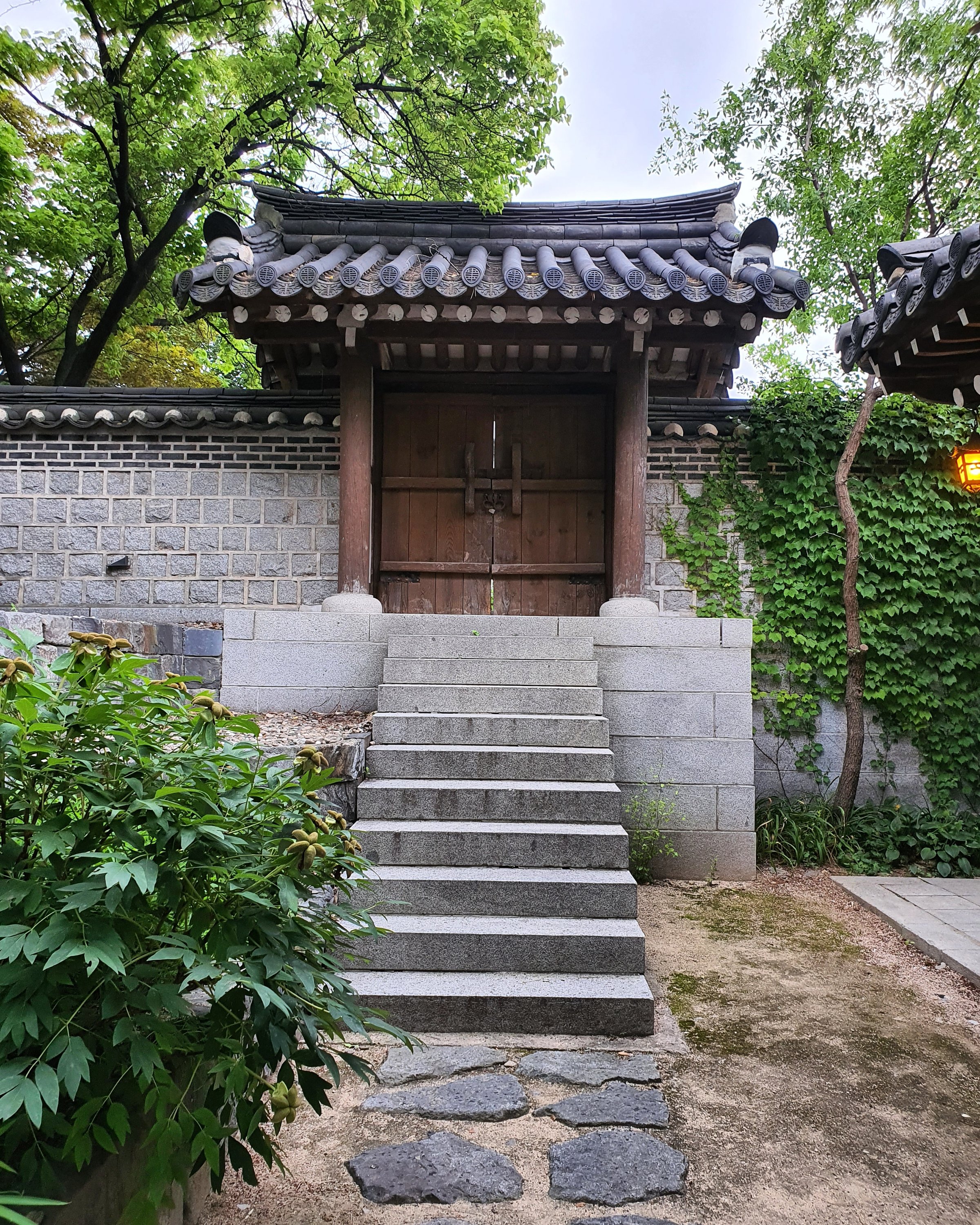 I really liked the place and I intend on going again!

See you next time!

Hello this is the mean brunette. This is a blog that I upload various themed articles about my everyday life in South Korea and much more!